IAF to touch Delhi skies with glory on Republic Day

New Delhi. 19 January 2023. IAF will be the lead service at Republic Day Parade. This will be the first time the nation will see the parade on the Kartavya Path . Rajpath is now in the pages of history.

The Republic Day Celebrations will commence with the Homage Ceremony at the National War Memorial where the PM of India will lead the nation in paying homage to those who have made the supreme sacrifice in the line of their duties.

An inter-Service Inner guard will be formed comprising seven personnel from each Service. With the IAF being the lead Service this year, the guard will be commanded by Sqn Ldr Akash Ganghas. 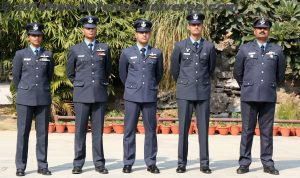 The air warriors participating in RD parade have been selected through a stringent process from across the Air Force. The contingent undergoes an intensive practice session every day starting in the early hours of the day. The Contingent will consist of four Officers & 144 air warriors marching in a Box formation of 12 Rows x 12 Columns. The Contingent will be led by Sqn Ldr Sindhu Reddy with three supernumerary officers FIt Lt Ayush Agarwal, Fit Lt Tanuj Mailk and Flt Lt Pradhan Nikhil. The IAF has won the Best Marching Contingent trophy in the years 2011, 2012, 2013 and 2020. The award of the Best Marching Contingent in the popular choice category in 2022 was also won by the IAF. 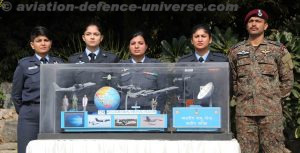 The marching tunes for the contingent will be played by Air Force Band contingent consisting of 72 musicians and three drum majors. The band would be led by Warrant Ashok Kumar who has the distinction of participating in the RD Parade Airforce band contingent for past 26 Years, and of leading the contingent for past 16 years. The famous martial tune. ‘Sound Barrier’ composed by MWO JA George VSM and Ladakoo comp[osed by Flt Lt L S Rupachandra would be played on ‘Quick March’ while the IAF contingent marches past the Hon’ble President. The Band would also play other martial tunes like Astronaut, Vijay Bharat, Space Flight, Vayu Shakti, Benihal, Saare Jahaan Se Achha, Northern Border, Tiger Hill and Nidar Yodha.

The IAF has also transcended traditional boundaries by inducting women who undertake all tasks equally with their male counterparts. In doing so, the IAF has become the lead Service in promoting Naari Shakti in its true spirit.

The Special Forces (Garuds) and their specialist equipment have added strength to the IAF’s combat capability. Their performance proved crucial in the safe recover of Indians from a disturbed country in the recent past.

The RD fly-past will comprise 45 IAF aircraft, one from the IN and four helicopters from the IA. The fly past would comprise the elements tabulated below:-‘Beating the Retreat. ‘Beating the Retreat’ ceremony will be held at Vijay Chowk for three days i.e. 27th & 28′ Jan and will culminate on 29 Jan 23. 120 musicians of the IAF will participate in this event. The Conductor for the ceremony will be the IAF’s Director of Music, Flt Lt LS Rupachandra.