New Delhi. 06 April 2018. Everything in life comes to a full circle says philosophy and Indian Air Force just proved it. It was apples and oranges in the same basket with MMRCA last time and it is apples and oranges again this time. IAF India’s Ministry of Defence (MoD) has issued a Request for Information (RFI) for the acquisition of 110 multirole combat aircraft for the Indian Air Force (IAF), putting to rest all speculations. Last week went by in will they or wont they. And MOD decided to bring excitement prior the Defexpo.

With the Dassault Aviation’s Rafales done and cornered , this new RFI gets back Boeing’s  F/A – 18E/F, Lockheed Martin’s  F-16, Saab’s Grippen,  European Consortium’s Eurofighter and Mikoyan’s MiG 35 back into the fray.  It comes after India scrapped a two-year-old plan to produce 114 single-engine fighter jets with foreign collaboration. The RFI which has invited responses from original equipment manufacturers (OEMs) by 6 July, specified that out of the 110 aircraft 75% will be single seat and the rest twin seat where 15% will come in flyaway condition and the rest 85% will be made under the Make in India initiative with a strategic partner. But ofcourse this announcement comes as a shock to the Lockheed martin and Saab as they have been waiting in hope for a single engine tender for the last two years.

The decision will be made keeping in line with the  MoD’s Defence Procurement Procedure 2016. The RFI states that the aircraft should be capable of performing air superiority and air defence roles and the platforms will be required to conduct strike, reconnaissance, maritime and electronic warfare missions in addition to ‘buddy refuelling’ of other aircraft.

The story of MMRCA goes back 2001when the RFI was issued and then the RFP saw a prolonged delay till 2007.The shortlist  of Eurofighter and Rafale disappointing the rest happened in 2011 post extensive trials. And on 31st January 2012 Rafale was announced the winner. 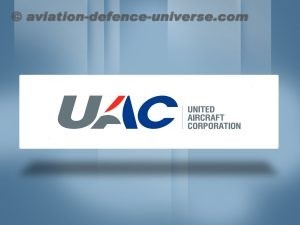 And then began twists and turns in the story due to disagreements over production in India. Dassault refused to take responsibility for the 108 HAL-manufactured Rafales, as it had reservations about the ability of HAL to accommodate the complex manufacturing and technology transfers of the aircraft. Instead, Dassault said it would have to negotiate two separate production contracts by both companies. The

Indian Defence Ministry instead wanted Dassault to be solely responsible for the sale and delivery of all 126 aircraft. Another point of contention is a provision where Dassault was to reinvest 50 percent of the deal’s earnings into India’s defence sectors, either through purchases or technological expertise.  In March 2014, the two sides were reported to have agreed that the first 18 aircraft would be delivered to India in flying condition and that the remaining 108 would be 70 percent built by HAL.  In December 2014, it was reported that India and France expect to sign a contract by March 2015. On 13 April 2015, the defence minister Manohar Parrikar made an announcement that the M-MRCA tender is “effectively dead”. India officially withdrew the 126-aircraft MMRCA tender on 30 July 2015.

And of course everyone knows that the Prime Minister Narendra Modi during his visit to France in April 2015 struck a deal of buying 36 Rafale off the shelf. The Cabinet Committee on Security (CCS) had cleared the Rs. 58,000 crore Rafale deal in August, 2016.

And now the wheel has turned a full circle and we are back at the 2001 stage, the only difference being that this time Make in India is the buzz word and

strategic partnership the aim. But how many years will the exercise take to culminate into filling the deficit of squadrons in the Indian Airforce. It just looks like the country and the IAF in particular need to keep their fingers crossed. And all this after everyone had written the obituary of MMRCA!