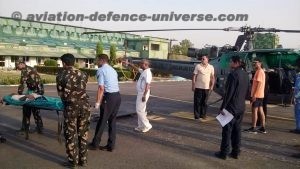 New Delhi. 14 June 2018. Chetak Helicopter of Indian Air Force undertook a challenging evacuation of two lying casualties to Jammu from a location of 8800 Ft altitude, injured in a bus accident. One lady aged 23 years with pelvic and multiple fracture and one male aged 32 years with spinal trauma along with one attendant were evacuated. The Chetak helicopter was flown by Wing Commander Vishal Mehta with Squadron Leader S Selva Kumar as co-pilot. 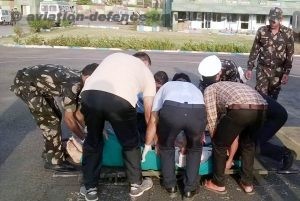 The third casuality along with the attendant was evacuated from the same place to Udhampur as the patient becoming convulsive enroute to Jammu. The Cheetah helicopter was flown by Wing Commander AH Kulkarni with co-pilot Squadron Leader Rajat Sharma.