Honeywell Projects 8,300 Deliveries worth $249 Billion through 2027 for business jets 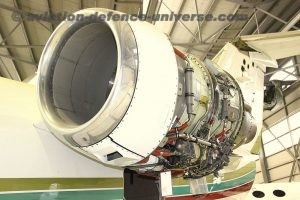 New Delhi. 09 October 2017 .The business jet aviation industry is likely facing a modest pace for near-term orders due to an uncertain economic and political environment along with a very competitive used aircraft market, per the 26th annual Global Business Aviation Outlook released today by Honeywell (NYSE: HON). The Global Business Aviation Outlook forecasts up to 8,300 new business jet deliveries worth $249 billion from 2017 to 2027, down 2-3 percentage points from the 2016 10-year forecast.

Key global findings in the 2017 Honeywell outlook include:

Asia Pacific – Impacted by regional tensions, purchase plans are down significantly from last year and back to 2014 and 2015 levels.

Middle East and Africa – Slightly lower purchase plans were reported, impacted by political tensions and ongoing conflict in the region in tandem with a stalled recovery in oil prices.

Europe – With operators still contending with sluggish growth, the uncertain effects of Brexit, a refugee and migrant surge, and continual threats of terrorism, new jet purchase plans declined significantly in this year’s survey.

Turning to used jets and flight activity, the pace of flight activity in the past year has recovered somewhat with survey respondents in all regions of the world except Asia reporting higher utilization in 2017.

With respect to the used jet market: