Exercise Prasthan Conducted Under the Aegis of Eastern Naval Command 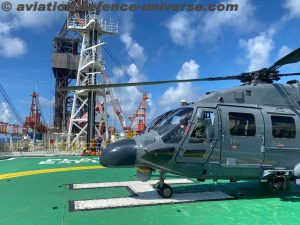 New Delhi. 13 October 2022. An offshore security exercise, ‘Prasthan’ was conducted in the Krishna Godavari Basin Offshore Development Area (ODA) on 11-12 Oct 2022, under the aegis of Headquarters, Eastern Naval Command. Conducted every six months, this exercise is an important element of ensuring offshore security and aims to integrate the efforts of all maritime stakeholders involved in offshore defence. Led by the Navy, the exercise saw participation from the various oil operators, like ONGC, RIL, Vedanta, and other stakeholders in the domain of maritime security including AP Marine Police, AP fisheries department and the Coast Guard. The two-day exercise resulted in refining standard operating procedures (SOPs) and response actions to several contingencies in the Offshore Defence Area off Kakinada 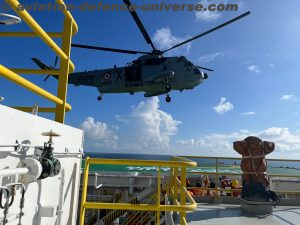 The exercise was conducted onboard Drill rigs Platinum Explorer and DDKG- of ONGC and RIL located about 40 nm south of Kakinada.

The exercise provided all stakeholders with a realistic opportunity to assess their readiness to respond and combat contingencies in the Eastern ODA, as also to operate together in a coordinated and synergised manner.

The exercise met all its intended objectives.