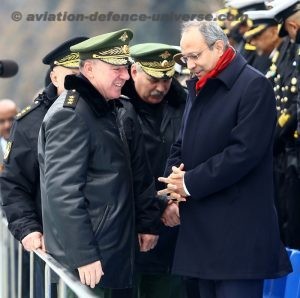 After intense and exacting military training, the joint exercise concluded with a closing ceremony, wherein both the contingents showcased their immense talents with unique traditional touches. The grand closing ceremony at Vladivostok which comprised of personnel of both contingents was witnessed by senior officials and dignitaries of both countries including Ambassador of India to the Russian Federation Pankaj Saran. Personnel from the Indian as well as Russian contingents were awarded medals of excellence for their outstanding performance during the exercise. Fighters and Helicopters co-piloted by Indian and Russian pilots took part in the flypast along with an IAF IL-76 aircraft. 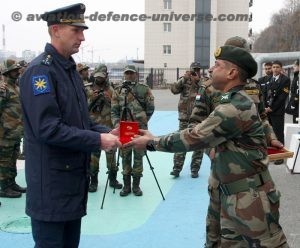 In the joint tactical exercise which began on 19 October 2017, the two countries conducted training focused on combating terrorism. In the series of bilateral exercises under this banner, the exercise this year focused on conduct of counter insurgency / counter terrorist operations under United Nations mandate in a joint service environment. The exercise also provided an opportunity to both the armies for greater cultural understanding, sharing experiences and strengthening mutual trust and co-operation. 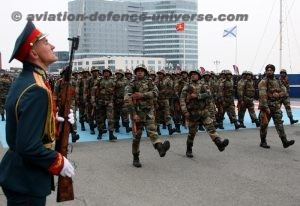 Participants from both the Armed Forces expressed immense satisfaction at the conclusion of the training, in terms of the standards achieved in the validation phase of the training. The senior observers from the Indian Army and the contingents are carrying back cherished memories of the warm bonhomie generated and the outstanding professional association established amongst the participants. The joint exercise concluded today and the Indian contingent will depart for India on 30 October 2017.