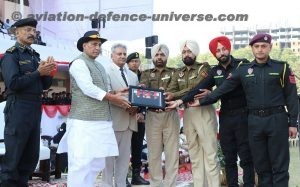 Addressing the Closing Ceremony of the 8th All India Police Commando Competition at Manesar, Gurugram in Haryana today, Rajnath Singh said commandos should also train to stamp out threats from the cyber space, apart from conventional threats emanating on the land, emerging from the seas and in the air. Hacking websites and data leaks also indirectly imperil national security, he added. 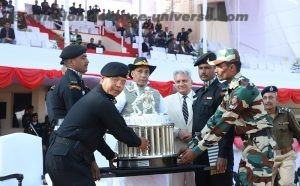 Commending the smart turnout of the Commandos, the Union Home Minister said he is confident that their iron fists can sniff out any evil eye casting aspersions on our soil. A Commando is not only physically agile and deft in firing weapons, but it is the composed mindset to make threat assessment and application of one’s resources to overcome the threat that gets into making a Commando out of a soldier, he said. He said Commandos have made the nation proud, having proved their mettle during the 2001 Parliament attack, 2002 Akshardham temple attack, 2008 Mumbai attack and the recent Pathankot terrorist attack. Union Home Minister declared an honorarium of Rs. 5 crores towards the NSG Welfare Fund.

On the occasion, the Union Home Minister released a compendium and a coffee table book. He took salute of the march past and presented medals and trophies to the winners. The week long 8th All India Police Commando Competition was organised by the National Security Guard, wherein 25 teams from different Central Armed Police Forces (CAPFs) and State Police Forces participated. The NSG team won the prestigious competition. The teams from BSF and Maharashtra Police secured second and third positions, respectively. A Sniper Shooting Competition was also introduced first time in the All India Police Commando Competition. 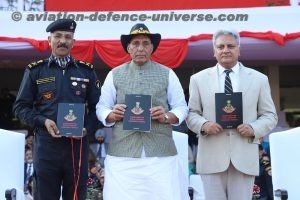 An equipment display was organised on the sidelines of the competition where the latest weapons and equipment for the security forces were showcased. Director General, NSG, Sudhir Pratap Singh and Director, IB Rajiv Jain were among the dignitaries present.