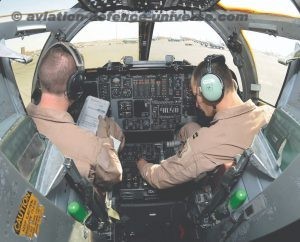 Dorset. 13 MAY 2020. Cobham has been awarded a three year maintenance contract by Tinker Air Force Base to overhaul Cobham supplied B-1 oxygen system components in support of combat mission readiness.
These components consist of a pressure regulator that is part of the main oxygen system for the aircraft and a seat mounted emergency oxygen system, which is used during ejection. Delivery of overhauled components will commence in 2021.

“The contract is a continuation of a service Cobham provides as an essential provider of primary and emergency military oxygen breathing equipment in support of the warfighter,” said Michael O’Donnell, Vice President, Business Development and Sales, Cobham Mission Systems. During normal operation, the Cobham pressure regulator controls engine bleed air to the inlet of the aircraft’s on-board oxygen concentrator, which provides breathing oxygen to the pilot. During an emergency ejection, the emergency oxygen system automatically initializes to allow breathing oxygen to flow to the pilot’s mask.