By Sangeeta Saxena & Brig. VK Atray
New Delhi. In times when the world is applauding India’s forces, the nation is convinced that the borders are in capable hands and security is the most important agenda, the Indian Air Force(IAF) is celebrating 84 years of its existence. The primacy of Air Power which will be a decisive factor in shaping the outcome of future conflicts, has become a guiding dictum to make the force a major component of national power, which can be applied quickly and decisively. 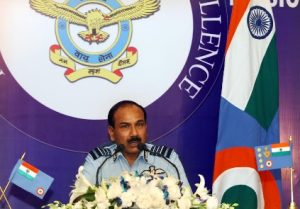 In an exclusive interview to Aviation& Defence Universe(ADU) the IAF Chief Air Chief Marshal Arup Raha, PVSM AVSM VM ADC reiterated that the country’s air force is marching ahead to make itself a fleet with multi-role capability of platforms and equipment, along with multi-skill capability of personnel and the biggest force multiplier to the security apparatus of the nation.

“The Ministry of Defence is preparing a road-map for induction of fighter aircraft in the IAF with an aim to build up to the sanctioned strength of 42 fighter squadrons at the earliest. The shortfall in fighter aircraft strength is planned to be made good through induction of remaining contracted Su-30 MKI, LCA and Rafale aircraft. Various other options are also being considered and manufacturing of an additional type of fighter aircraft under the ‘Make in India’ initiative is being actively explored by the Government. These inductions will assist in arresting the drawdown of fighter squadrons. Meanwhile, to maintain combat capability MiG-29, Mirage-2000 and Jaguar fleets are being upgraded,” stated the chief, giving an update on the steps being taken to reach the strength of 42 jet fighter Squadrons by the end of the 13th Plan, which is 2022.

Long Term Perspective Plan of Indian Air Force stands and has it been helpful in accelerating the Induction process and give a full spectrum capability was the Chief of Air Staff’s (CAS) take on a lot of talk on the redundancy of the plan, keeping in mind the long gestation periods in defence procurement.

“Modernisation is a continuous process and the IAF ensues that its modernisation plan is in consonance with the roadmap laid down in the Long Term Integrated Perspective Plan (LTIPP) which specifies the capabilities that the armed forces need to acquire over a 15 year period. The LTIPP is divided in three Plan Periods and in case of any shortfalls, all efforts are made to make good the shortfall in subsequent Plan Periods. The impetus has been given for the modernisation of IAF that is required to be sustained in the near future to ensure that the IAF transforms into a potent force with state-of-the-art platforms and systems with cutting edge technologies,” he said.

The IAF identifies technologies for future requirements and procurements. Specific details of the offers and proposals in terms of co-design, co-development, co-production and long term maintenance, being offered by the OEMs, are thereafter assessed by the IAF and based on the assessment, the Government is suitably advised. Greater emphasis is being laid on indigenous products, Make in India initiative and participation of Indian Private sector, in addition to Public sector. 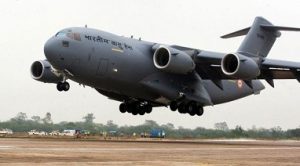 The CAS agreed that defence acquisition is a complex decision making process that needs to balance the competing requirements of expeditious procurement, development of an indigenous defence sector and conformity to the highest standards of transparency, probity and public accountability. “DPP-2013 has been revised to facilitate ‘Make in India’ initiative of the Government of India and removing bottlenecks & simplifying procedures, based on the recommendations of a Committee of Experts for amendments to DPP-2013 including Formulation of Framework. DPP-2016 has introduced specific provisions that will act as a growth stimulus to the domestic defence industry. In order to promote indigenous design and development of defence equipment, DPP 2016 has introduced the ‘Buy Indian–Indigenously Designed Developed & Manufactured (IDDM)’ category of acquisition and accorded it the top most priority. For the first time ever, provision to procure equipment with enhanced performance parameters, has been accounted for which will enable the armed forces to procure the most advanced weapon systems available in the market. Further, DPP 2016 provides greater impetus to the MSMEs, with certain category of ‘Make’ projects reserved exclusively for them, ” he explained.

He reflected that the Indian Air Force has always encouraged development of indigenous defence production capability and capacities. It is an endeavour of the IAF that the nation attains self-sufficiency in Aerospace sector through a focused, sustained and evolved indigenisation programme. IAF has been a catalyst in ensuring that critical technologies are developed in the country and has been at the forefront for encouraging large scale production of defence equipment in our country.

“The IAF has recently inducted the LCA fighter and has placed an order for substantial number of aircraft. In addition, the ‘Make in India’ fighter is under consideration by the Govt in the near term. The FGFA and the AMCA projects, are longer term projects which will help us enhance our operational capability. The Avro replacement is also via the ‘Make in India’ route. A number of helicopters, weapon and surveillance systems are also being procured through the ‘‘Make in India’ initiative,” said ACM Raha.

With the cancellation of the deal to procure A330 MRTT mid air refuellers from the European major Airbus, do we or do we not require the refuellers has been the question on all lips. “The IAF has been pursuing the case for procurement of a Flight Refueller Aircraft. This case was being progressed based on Total Cost of Acquisition model which considers the Life Cycle Costs. Deliberations are on going to procure mid-air refuellers on priority,” he informed. 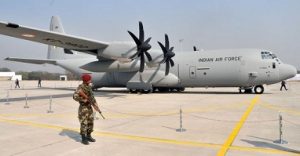 Speaking on upgrades he told that a suitable engine has been identified for re-engining of Jaguar aircraft and the project is at present at contract negotiation stage. This project would provide enhanced operational capability to the Jaguar fleet, armed with latest generation of air to ground weapons and weapon delivery nav-attack systems.

The news of this month which hit the headlines before the surgical strikes was the signing of the Rafale deal. “The deal for procurement of 36 Rafale aircraft has been signed and induction of Rafale aircraft will greatly enhance the operational punch of the IAF. We should receive the first aircraft in 36 months time and delivery of all aircraft would be completed in 66 months,” he said. The chief also informed that the field evaluation trials of Avro replacement aircraft have been completed. 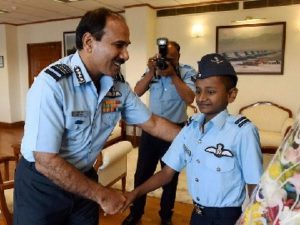 “The case is progressing well and the contract negotiations are likely to commence soon. Phase-I of Modernisation of Airfield Infrastructure Project which covers a majority of IAF’s airfields has made good progress and will be completed shortly. Thereafter, the remaining airfields, including Indian Navy & Coast Guard would be taken up for modernisation. The infrastructure at the airfields has seen an extensive upgrade as part of the project and it has greatly enhanced IAF’s operational capability,” he said.

In a major boost to India’s military capabilities along the China border, the advanced landing grounds (ALGs) are being activated, specially in Arunachal Pradesh. “There are a large number of unused and abandoned WW II vintage airstrips in the country which are under the control of various Central and State agencies. A proposal has been forwarded to the MoD on utilisation of such airfields which are currently under the care of IAF. ” ACM Raha stated . 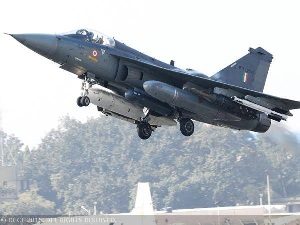 On being asked whether there has been a positive effect on the IAF with MoD’s revision of the financial powers delegated to the Services for revenue procurement, the Chief of Air Staff stated that the new Delegation of Financial Powers to Defence Services has been implemented with enhanced financial powers. The enhanced power will have a positive effect since it allows field commanders to procure stores necessary for routine and urgent maintenance and logistics requirements of platforms and equipment expeditiously, according to him. 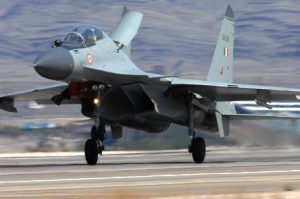 In a query to whether the Indian Air Force has been successful in operating the Integrated Space Cell to utilize more effectively the space-based assets of the country for military purposes or not he stated, “the Integrated Space Cell (ISC) at HQ IDS coordinates joint space projects. IAF interacts with ISC regularly for effective utilization of all joint space assets. A case is being processed for expanding the ISC at HQ IDS into the Defence Space Agency (DSA). DSA is proposed to be headed by a two star officer under Chairman, COSC directly. It will perform the role of a Tri-Service Nodal Agency and will form the nucleus for a future Space Command.” 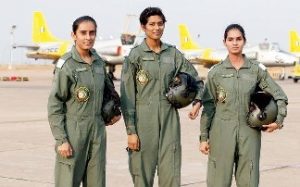 Talking on increasing the interest of the youth of the nation in IAF he elaborated that the force has a well conceived plan to attract the best talent and youth and concerted efforts are made towards induction publicity. Every year, IAF participates in a number of career fairs/ exhibitions and conducts numerous motivational programmes in schools and colleges. The shortage of officers in IAF has reduced steadily after these measures have been implemented and presently there is negligible shortage in officers’ cadre.

When interviewed by a woman journalist the question on women pilots getting permanent commission was inevitable. Ending on a positive note he said that the induction of women officers in the fighter stream is at a very nascent stage and the experimental scheme is due for analysis and further deliberation after five years. A decision would be taken thereafter on the employment philosophy for women Officers in combat roles.