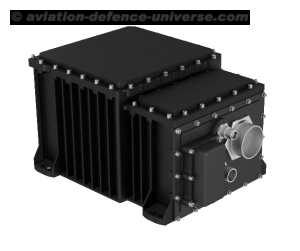 Charlottesville. 11 May  2020 . Northrop Grumman Corporation’s  SeaFIND Inertial Navigation System has been type approved by the U.S. Coast Guard (USCG), formally certifying its use as a shipboard gyrocompass system for navigation for nations that need the International Maritime Organization’s (IMO) compliance.

Following a rigorous process of test and evaluation, the USCG has officially type approved the SeaFIND system, proving its compatibility and conformity to the IMO’s requirements for a gyrocompass system in addition to its capabilities as an inertial navigator and navigation data distribution system for ships. The USCG certification includes the European Community’s (EC) Mark of Conformity (wheelmark) under the mutual recognition agreement between the U.S. and the EC for type approval.

“In addition to SeaFIND’s low size, weight and power (SWAP), affordability and reliable performance in a GPS denied environment, being type approved makes it very attractive to customers throughout the world,” said Todd Leavitt, vice president, maritime systems & integration, Northrop Grumman. “This certification demonstrates that the system is compliant with a common standard and benchmark.”