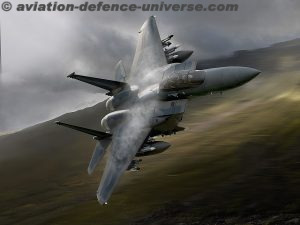 Jakarta, Indonesia. 26 October 2022.       Boeing showcases its advanced capabilities to regional customers at the Indo Defence 2022 show including the latest and most advanced version of the F-15.

“We’re excited to participate at Indo Defence 2022, engage with our customers on their existing and future needs, and highlight how Boeing can offer advanced defense, services capabilities and capacity building to match those needs,” said Alex Feldman, president of Boeing Southeast Asia. “As the largest economy and country by population in ASEAN, we continue to support the development of aerospace and defense industries in Indonesia.”

As a leading global aerospace company, Boeing develops, manufactures and services commercial airplanes, defense products and space systems for customers in more than 150 countries. As a top U.S. exporter, the company leverages the talents of a global supplier base to advance economic opportunity, sustainability and community impact. Boeing’s diverse team is committed to innovating for the future, leading with sustainability, and cultivating a culture based on the company’s core values of safety, quality and integrity.