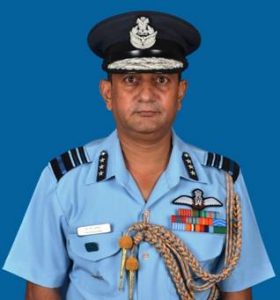 He was commissioned as a pilot in the Transport stream of the Indian Air Force in 1981. Whilst posted at transport squadrons, he qualified on all operational roles, especially in forward areas and ALGs in the North-East and J&K. He is a Qualified Flying Instructor and has been a pilot examiner on the Boeing and AN-32 aircraft. He was closely associated with the induction and operationalisation of Embraer-135, BBJ and C-130 fleets in the IAF.

For his distinguished service of an exceptionally high order he was awarded Ati Vishisht Seva Medal on 26 Jan 2014.