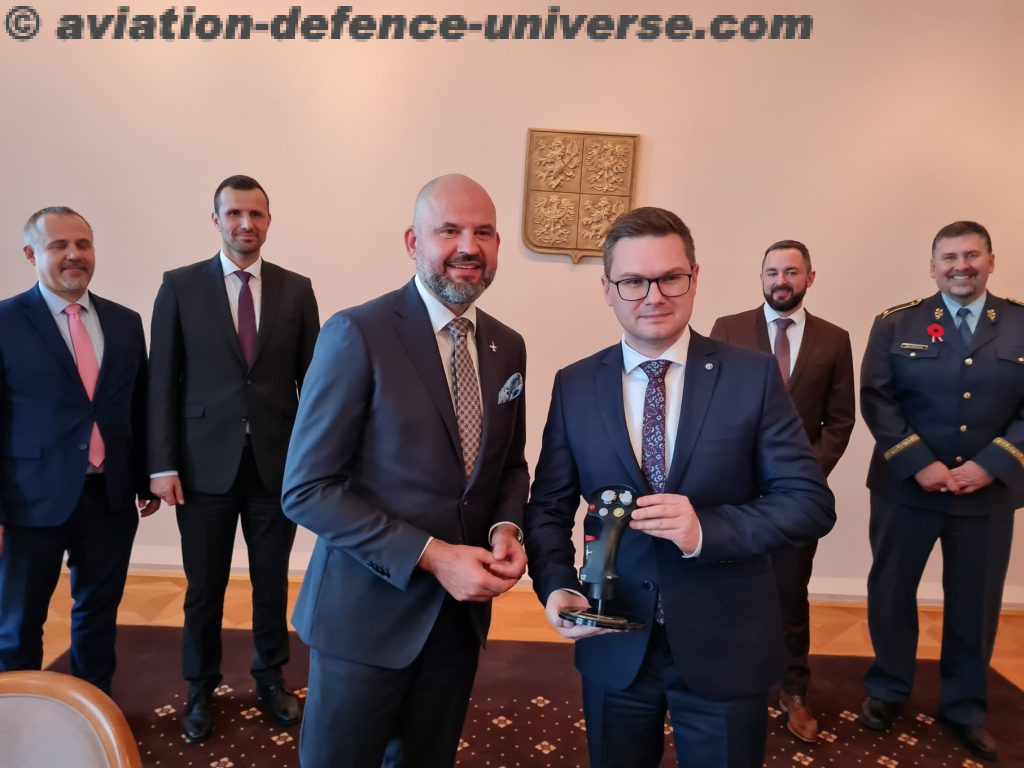 Prague. 14 November 2022.  AERO Vodochody AEROSPACE and LOM PRAHA signed a contract for the delivery of four new L-39NG jet aircraft for basic and advanced training of pilots of the Czech Air Force at the Ministry of Defense of the Czech Republic. The contract also includes post-warranty support or equipment. According to the contract, the first aircraft will be delivered no later than 28 months from the start of its effectiveness.

“Excellent experience and positive feedback from domestic users are always the best references for any manufacturer, therefore the state enterprise LOM PRAHA is a very important customer for us. We greatly appreciate the fact that the pilots of the Czech Army will continue training on our L-39NG aircraft at the Flight Training Centre operated by LOM PRAHA,” says Viktor Sotona, President of Aero Vodochody.

“The reason for the acquisition of the L-39NG is to ensure the continuity of the training of tactical air force pilots on subsonic machines in the training center of the state enterprise. The existing L-39C Albatros, which have been operated by the LOM PRAHA Air Training Centre for eighteen years, are reaching the end of their technical life. The acquisition of new aircraft is also an expression of support and cooperation within the Czech defense industry,” says Jiří Protiva, director of the state enterprise LOM PRAHA.

The contract was signed for the delivery of four L-39NG aircraft, and also includes after-sales support or equipment. In addition to the aircraft, the state enterprise will receive special and high-altitude equipment, survival equipment, initial training for pilots and ground personnel, ground equipment, initial sets of spare parts and consumables, flight planning and analysis systems and a ground training system. The contract also includes an option for the delivery of 4 additional aircraft. 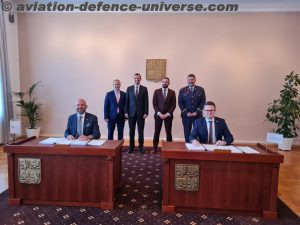 The founder of the state enterprise LOM PRAHA is the Ministry of Defence of the Czech Republic. “I am glad that the contract for the acquisition of new L-39NG jet aircraft has been signed, which will ensure full-scale continuation of the tactical training of pilots of the Czech Army, by this step we are also supporting the Czech defence industry,” says František Šulc, First Deputy Minister of Defence.

The new L-39NG aircraft will be used for basic, advanced and basic combat training, during which the pilot learns the principles of using jet aircraft in the performance of combat tasks. The acquired aircraft will primarily serve pilots of the Czech Air Force, however, it is also planned to train pilots of other countries in the NATO Flight Training Europe (NFTE) program, under which the Pardubice Flight Training Centre has already been certified as one of the first two approved campuses in Europe.

The latest developed subsonic jet aircraft, the L-39NG, a new generation of the legendary Albatros trainer, received type certification this year without restrictions. Czech manufacturer AERO Vodochody can now sell it worldwide. It has already concluded several contracts and further agreements are under negotiation. Among the most important customers is the Czech state enterprise LOM PRAHA, which provides training for pilots of the Czech Army. The L-39NG enables the training of pilots for the most advanced air forces and is the most cost-effective training and reconnaissance platform in its class. 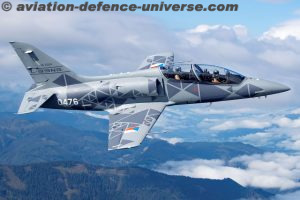 The L-39NG received type certification without restrictions this year and has begun serial production. The aircraft is a direct successor to the L-39C, which has trained thousands of professional pilots. This jet is capable of fulfilling the role of a light attack aircraft and a single, comprehensive aircraft for full training of pilots of modern air forces. The L-39NG uses contemporary production technologies and modern equipment. The avionics of the aircraft is ready for training future pilots of fourth and fifth generation aircraft. The aircraft also includes a wide range of simulation technologies, including the upcoming integration into a highly advanced tactical simulation center to increase training effectiveness.