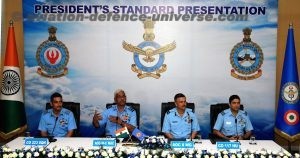 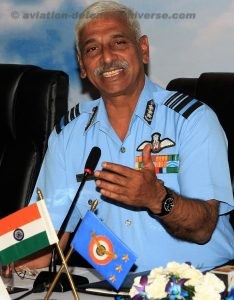 Operational outfits of IAF become eligible for award of President’s standard on completion of 18 years. The selection is based on their performance and achievements, both during peace and hostilities. This honour is and acknowledgement of the meritorious service rendered by the selected units. The President’s Standard is a visible symbol of excellence has been earned by these Units through their dedication and worthy contribution both during peace and war. The Presidential Award marks and epitomizes the hard work, valour and sacrifice of all the personnel posted to these Units since their inception. It is a befitting recognition of their selfless service dedicated to the nation.

Various dignitaries expected to grace the President’s standard Presentation Ceremony on 16 Nov17, are the Governor of Punjab, Chief Minister of Punjab and senior Government Officers from Punjab Government.